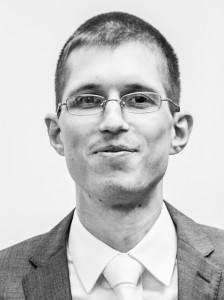 Looking for a little background, eh?…

Of course, all of this is just the external, but take it for what it is:

I’m currently the CEO and chief editor of CleanTechnica (the #1 most-loved cleantech news and analysis site on the internet).

You can find my work all over the internet, including on Scientific American, Reuters, The Economist Group’s GE Look Ahead, ABB’s Conversations, the World Economic Forum’s Agenda, Renewable Energy World, TreeHugger, and several other media sites.

I have been referenced or interviewed by The New York Times, The Washington Post, Chicago Tribune, CNBC, and numerous other news outlets and websites. I have also presented, provided workshops, and moderated panels at clean energy and electric vehicles conferences such as Renewable Cities and the EV Transportation & Technology Summit.

I was named one of the top 20 influencers on fuel economy matters in a Spring 2013 industry influence study — alongside President Obama, Tesla Motors CEO Elon Musk, the US Secretary of Energy, Nissan & Renault Chairman & CEO Carlos Ghosn, GM’s CEO and president, and several other car company execs as well as a few leading auto journalists.

I have a bachelor’s degree in environmental studies and sociology (from New College of Florida, the Honors College of Florida), and a master’s degree in city and regional planning (from UNC-Chapel Hill). UNC–Chapel Hill was the #1 university in the nation for my specialization the year I graduated. You can read my master’s thesis on bicycle transportation and bicycle infrastructure if interested. 😉

I have been blogging professionally since 2008. Before that, I was the executive director of a nonprofit organization promoting clean transportation options and sustainable development in Charlottesville, Virginia. And before that, I was an urban research consultant and I worked in a couple of government positions (in city planning and environmental education).

For some of my most notable achievements, check out my Services Provided page.