In what I assume is a laughable joke from the election gods, it seems that US voters are so uninformed that they’ve voted two dead guys into office. Either that or they are so well informed that they knew who would replace them or how they’d be replaced once elected (something I would bet accounts for a very small percentage of the voters).

Florida Democrat Earl K. Wood and Alabama Republican Charles Beasley are the dead candidates who won elections this week, presumably because voters in those locations simply voted the party line or voted for them due to their familiar names. 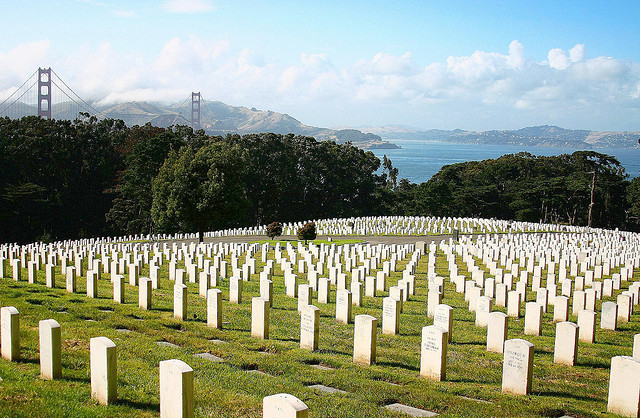 “Wood died on October 15 from natural causes at age 96, during his campaign for a 12th term as Orange County Tax Collector in Orlando, Florida,” Reuters reports.

“Criticized for rarely coming into the office while collecting a $150,000 salary and $90,000 pension, Wood initially announced he would step down, only to change his mind when a longtime political foe made plans to seek the seat.

“Wood’s wide name recognition after almost half a century in office scared off several serious contenders. His name remained on the ballot and he took 56 percent of the votes to 44 percent for a Republican who promised to eliminate the office altogether if elected.”

Meanwhile, 77-year-old Beasley, who died on October 12, was trying to reclaim a former seat of his on the Bibb County Commission in central Alabama.

Beasley won with 42% of the vote. Democratic incumbent Commissioner Walter Sansing told Reuters: “It is a touchy situation. When you are running against a dead man, you are limited as to what you can say.”

Nope, this is not The Onion, this is all for real.


So, Who Will Take Office In Each Of These Situations?

Reuters writes: “In Orlando, Scott Randolph, an outgoing Democratic state legislator and state party activist, was selected by his party to receive votes cast for Wood and he will assume the office. In Alabama, the governor will appoint a new commissioner with input from local Republicans.”

Perhaps the voters were aware of how this would be handled and were making “informed” decisions. I know, get real. Most people don’t know anything about the candidates they’re voting for when they go to the polls.

The Real Issue: How Can A Democracy Work When Voters Are So Ill-Informed?

Going with the assumption that most voters didn’t even realize there were dead guys on the ballots above, and recognition of the fact that the US has abismal voter turnout. About 57.5% of eligible voters voted in this year’s big presidential election, not quite as bas as our all-time low of about 49% in 1924 and 1996.

Now, again, that’s simply voting. It seems that most of the rest of the population doesn’t follow politics and policy closely enough to really even have a sense of who they’re voting for to know who will serve them better. And, of course, many people don’t even have any clue of the platforms of the candidates they vote for and their implications.

The point of all this is actually not to harp on the US citizenry for knowing more about Kim Kardashian than the people who make the laws that effect our health care, jobs, economy, taxes, air, water, climate, education, and so on. Quite simply, that would be too simple, and what purpose would it serve?

Let’s just consider for a second, do we really live in a democracy? When our citizenry are so uninvolved and so uninformed, can we really call this a democracy?

Furthermore, let’s note one other thing: companies that realize they can “buy” tax breaks and loose regulations from politicians (through lobbyists, campaign contributions, etc) do so. They buy our democracy.

Now, again, other than simple intellectual fun, what purpose does all this serve?

I guess my hope is that anyone still reading at this point will be more motivated to be an informed and influential citizen of our country, will work to get good politicians elected into office, will work to keep an eye on such politicians in order to ensure they stick to their good words, and will work to engage other good members of our society.

Some rights reserved by Thomas Hawk