First of all, let’s note that there are several things driving down solar costs. For one, as industries mature and grow, the greater demand leads to economies of scale in manufacturing, which brings down costs. Manufacturers as well as installers are also continuously improving and bringing their costs and prices down. It’s also worth noting that a number of strong solar incentives from governments have been cut or reduced in places around the world, which (theoretically) forces solar companies to bring their costs down in order to stay competitive. On the flip side, governmental policies that reduce red tape help a great deal to bring down costs, and there has been a strong push to cut such unnecessary burdens. Lastly, banks have become much more familiar and comfortable with solar, which has brought about more financing options and, most importantly, lower-cost financing.

But the question remains, how fast are solar prices dropping today? It’s hard to know, but it’s fun to look at some of the record-low solar prices that have been popping up in the past year or two. Check these out:

Naturally, those are for “utility-scale” solar power plants. Many people couldn’t care less about utility-scale solar but are curious about residential solar prices. We can’t track record-low residential prices like we can for large solar power plants, but market research from SEIA & GTM Research, from Lawrence Berkeley National Laboratory, and from Pick My Solar has shown that the downward price trend has been almost continuous. Here are a couple of recent charts from these solar price trackers: 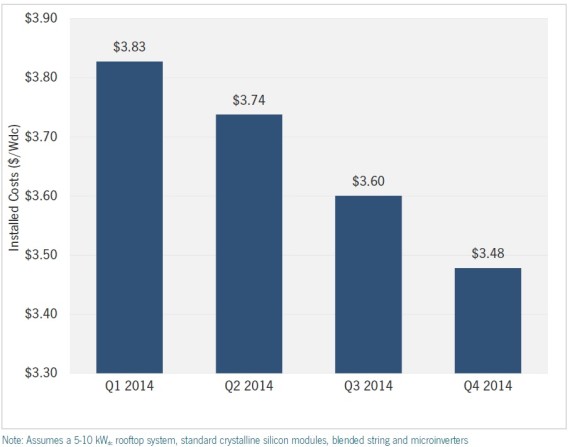 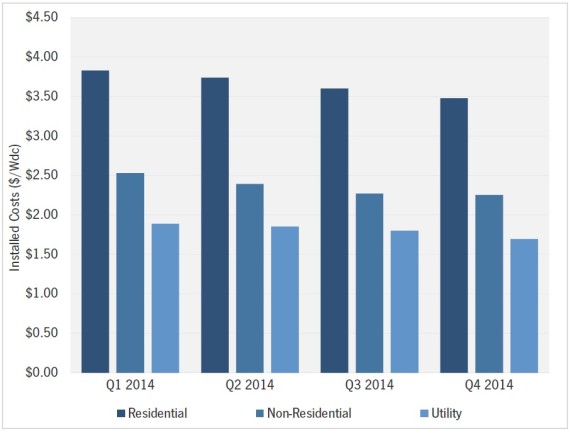 So, again, the story is probably this: If you got a price quote a year or two ago, it was probably quite a bit higher than a solar price quote you’d get today.