This is a superb, epic article, and I highly recommend that you read it, but I agree with commenter Tran Quyet Thang (see below the article) that it would be improved with some context on broader matters. For example, his note that US GDP was 1.8% of world GDP in 1820 and is 22.5% of world GDP today is an important one. Additionally, the avenues of transport and communications are now much more global (and commerce, especially if you consider the ease of commerce online, as well). You can see in the old quotes that the author beautifully referenced in the article that US isolation due to the Atlantic and Pacific was an important metaphor and actual point throughout much of US political history. The oceans are still there, but transport is tremendously different, communications are so different they may as well have fallen down from another planet, and commerce is affected greatly by all of this. While there may still be a common American desire to disentangle from the world (I think we’re all aware of the jokes about Americans not knowing where other countries are), projecting that desire as a nation is like trying to disentangle the country from the global internet. Some countries do it… but we obviously don’t view them in good light for that. 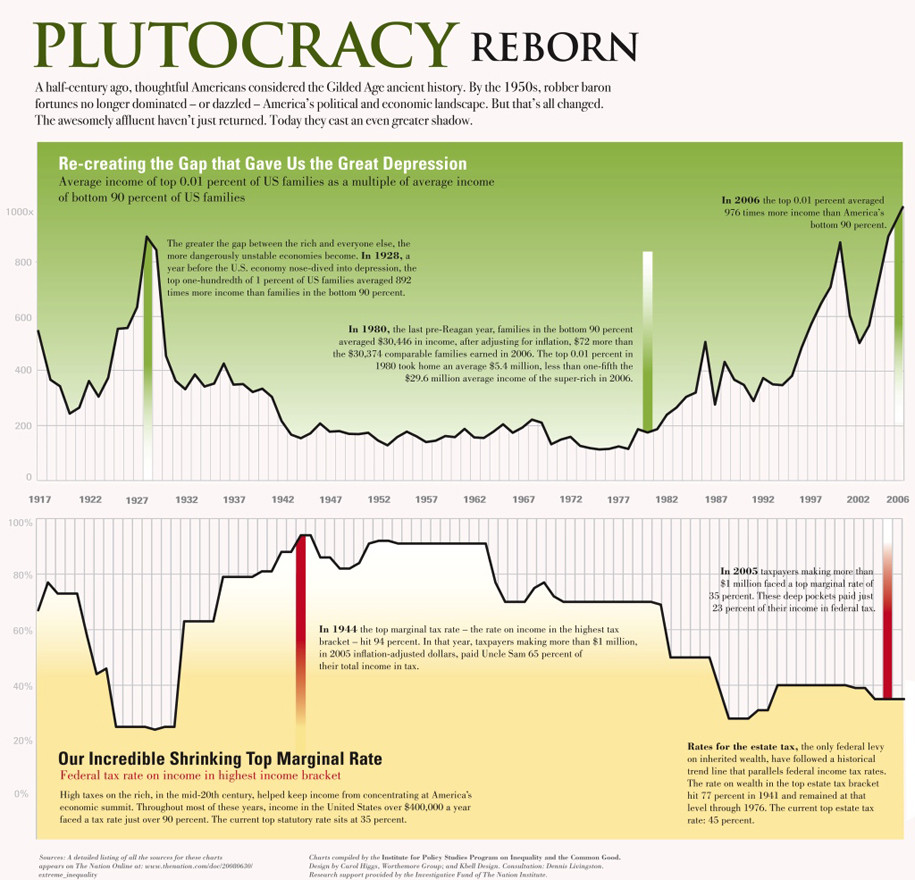 The essence of the matter, imho, is that the US economy has weakened. The US economy has weakened for various reasons, and Bernie Sanders has been keen to highlight some of the biggest: rigging of the political system and economy to disproportionately benefit the super rich, which is harming the middle class, the lower class, and even much of the middle-upper or even upper class! It is a tiny # of people who are benefiting that you can’t even visually compare to the global population on a pie chart. To some extent, these policies do also benefit the rich and upper-middle class, but none of this matters even for them in the long run if the middle class collapses. Trump, like Sanders, obviously taps into dissatisfaction among the population, dissatisfaction that their lives are so challenging. Ironically, while Trump does so as well, Trump’s domestic policies and preferences seem like they would only worsen the situation (his tax proposals benefit the super rich, not the middle class).

Also, ironically, the GOP has enabled Trump’s rise on the back of the unhappiness of the middle class because their #1 target over the past 7 years (as stated by the Congressional leader of the GOP early on) was to make Obama unsuccessful. Rather than earnestly work for compromises in ideology and policy for the betterment of the country, the aim was: 1) don’t let Obama do well (aka, don’t let Obama help the country), and 2) stir up, via dishonest and angry commentary in the media and political circles, dissatisfaction with the country under Obama. As noted by others during most of this campaign season, Trump simply took that to another level and turned it on establishment Republicans as well. Trump simply followed the course the GOP leaders had been on for 7 years, and tossed some disco balls on top.

Some in the Republican party may not immediately understand or like this *because* they identify with the party’s ideology of limited government but they don’t identify with these things. Let me be very clear: not all Republicans belong to the current Republican party. Many of them don’t belong. Furthermore, as much as I wish it were otherwise, the historical “limited government” ideal is heavily promoted by establishment Democrats like Obama and the Clintons. Progressives who want strong involvement in government in order to provide a much stronger social safety net, stronger regulation of the financial industry, much stronger regulation of fossil fuels, and stronger regulation of societally threatening industries have slowly grown in numbers and voice as moderate Democrats have dominated Washington, DC. Like Trump supporters, they are tired of a system that benefits the super rich and the already-comfortable. This is why Bernie Sanders was able to achieve nearly unprecedented success without the support of a network of super-rich political sponsors, and with such a tremendous number of small donations from common people. This is why Elizabeth Warren is the golden lady of the political internet, and why many were pushing for her to run for president or run for vice president alongside Bernie.

The fundamental point of all of this, imho, is that the political elite in the Republican and Democratic parties need to take serious strides in taking power and money away from the super rich and returning it to the masses.

That’s a hard pill to swallow for political elites who think the system works fine. That’s a hard, chemically loaded pill to swallow for the industries (banking, insurance, pharmaceuticals, fossil fuels) that are used to throwing money at politicians and benefiting financially as a result (to the demise of 80–99% of the population). That’s like saying, “okay, we need to fundamentally change the rules of the game so that we don’t win our 30th consecutive national championship” (as “viewership” drops and rioting becomes a threat).

But it’s (obviously) something that these political elites need to recognize after the success of Trump in the GOP primaries and the success of Sanders on the other side of the coin. Otherwise, the political typhoon continues… and who knows what else?

*Thanks to Rhonda Winter and others for the chart above.