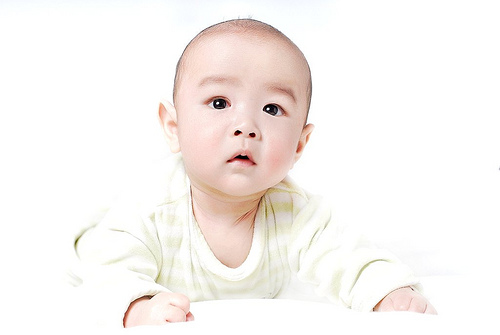 Here’s my latest roundup of all the articles I wrote in the past week (I think… feel like I may have missed one or two this week… hopefully not). Hope you enjoy them!

I kicked off last week with a couple of big global warming posts — one on Global Warming’s 35th birthday, with some interesting information on the birth of “Global Warming,” and one on a giant ice island (4 times the size of Manhattan) breaking off of Greenland.

Also, if you ever get into a conversation with a climate change denier and wish you had a link to the perfect reply to one of their out-dated arguments, here is an excellent story for you: 119 One-Liners to Respond to Climate Science Myths.

And I covered numerous more stories in my Global Warming News of the Week roundup yesterday —  a lot of big stories this week!

A New Noah’s Ark in Florida?

Getting way from global warming and getting back into the oil spill disaster in the Gulf of Mexico, I wrote about a cool story on a biologist in Florida who is creating a sort of modern day Noah’s Ark to try to help species affected by the BP oil spill. That’s an interesting story, plus videos.

There was, as always, a lot of good clean energy news last week. The stories I cover were on a new solar bus shelter in Corona, CA, that solar jobs in the UK are expected to triple this year due to its new feed-in tariff program, and an extensive new study out on feed-in tariffs showing, among other things, that feed-in tariffs are responsible for approximately 75% of the world’s solar PV. I also did a roundup of several other green tech (and green living) stories of the week yesterday.

Did you know that the back-to-school shopping season is the 2nd biggest shopping season in the US? In order to help you to green your back-to-school shopping, Climate Counts has launched a Back-2-Cool campaign that evaluates how green friendly numerous countries and products are.  If you’ve got kids (or if you’re planning to just take advantage of all those back-to-school discounts), this is something you should definitely check out. Of course, if you really want to be green, consuming less is always a good option!

Have you heard of the movie “The Cove”? Probably. It was the Oscar-winning documentary on dolphin slaughter in Taiji, Japan. Now, the director is working on a new documentary — a 3D documentary on mass extinction around the world, a critical issue of our times.

This is not strictly environmental news, but there is a huge issue on the table right now regarding the internet. Google and Verizon are considering giving priority “fast lanes” of fast internet to companies that can pay for it. Of course, this hurts the little guy. To say no to this, there are at least couple of online petitions you can sign. I encourage you to check out Net Neutrality — Yes! Corporate Takeover of the Media — No! To Google — Don’t Be Evil!

A couple of unusual activism (or possibly activism) stories I wrote about this week are 1. new PETA ads featuring a naked Alicia Silverstone (video) and an extremely airbrushed Pamela Anderson, and 2. an oil-spill-styled fashion shoot of suffering models in Vogue. I think these are both good forms of activism that leave an important impression on people. But know that everyone doesn’t think so and curious what you all think.

Writing up my 3rd going green tip on Planetsave, I couldn’t pass up perhaps the biggest contributor to global warming (and numerous other environmental and health problems) — eating meat. For more on this one, read: Going Green Tip #3: Go Vegetarian or Vegan!

This big food story of the week might help you to go vegan — female babies (yes, babies) in China have been growing breasts, due apparently to the growth hormones they give cows. But, this isn’t the 1st time — the same thing happened in Puerto Rico in the 1980’s, and even boys grew breasts there! And if you think you are safe from these super strong growth hormones, think again. The US uses the same stuff.

On a more positive note, our EatDrinkBetter readers voted on their favorite fruits and I published the Top 10 list on Friday (with mouth-watering pictures).

I shared a great quote on what we might call “environmental cancer” that my sister shared with me last week, and I wrote a piece on a new finding that 70% of sea sponge DNA is the same as human DNA — wow, interesting and perhaps even enlightening news!

And I just wrapped up the week with a roundup of 10 great stories from around the Important Media network, a story I published a couple hours ago.