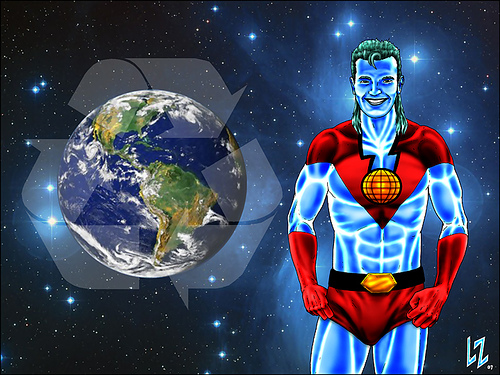 I said I was going to start doing weekly summaries of my articles from around the web just a couple posts ago, but my last one was actually published almost a month ago now (partly due to a vacation). The result is: I’ve got a lot of catch-up to do. Here it goes.

Is it wrong for beautiful women to take off their clothes to promote vegetarianism? This is a question I and many others have asked. I think in the case of recent Alicia Silverstone and Pamela Anderson PETA ads, it was a fine choice, but I’m sure there are others who would disagree. What do you think?

In another modeling meets activism story, I responded to criticism of what I think was actually good fashion activism regarding the BP oil spill (the author of a piece on Fast Company didn’t think so). Not a huge fan of fashion, but I loved this fashion spread in Vogue.

I was also happy to see that Animal Planet is continuing the story of The Cove with it’s new series, Blood Dolphins. Important and sad issue that doesn’t seem to be going away yet.

And, on the take action front, a few great action opportunities I wrote on were regarding California sea otters, Southern sea otters, protecting communities from coal ash,

And Greenpeace has been up to a lot of fun stuff lately (of course), such as a tremendous effort to stop Arctic oil drilling, 4 activists getting arrested and deported from Greenland for that, and an excellent campaign telling Facebook to unfriend coal (as well as a back-and-forth blog discussion between Greenpeace and Facebook on that topic).

Also, I think this would best fit here — I got to find out from 9 green bloggers who their green heroes were recently. Got 23 (or more) heroes in the answers. Fun post if you are into green stuff (& of course you are).

One big green hero, Bill McKibben, had a great showing on the Late Show with David Letterman recently. Posted the video on Planetsave. A nice watch.

Our readers on EatDrinkBetter spoke up and told us what they think are the best fruits in the world. Check out this top 10 list & see if your favorite fruit is on the list.

Promoting slow food, I had a piece on the movement and a major issue regarding a threatened seed bank in Russia that it is tackling as well. Both are important issues in my mind, but hardly on the public radar it seems.

Other food pieces I wrote were on:

I wrote a couple big global warming news summaries on Planetsave in the past month. The issues are still highly relevant today. The second one focused on the relationship between global warming and food and water.

I also wrote a piece on an excellent list of 119 one-liners people can use to respond to global warming deniers (and the one-liners ARE backed up by and linked to scientific pieces).

Another nice, science-based piece I covered was on 10 indicators humans are causing for global warming. The indicators are quite clear.

If you’re into green business, I also wrote a piece on a cool CO2 Climate Game from WWF & Allianz.

Some of the first signs of devastation from global warming come from natural disasters and some come from the high number of species going extinct from it, such as the high % of lizards expected (and already starting) to go extinct from it. This is such a sad story — I love lizards so much.

I also wrote on the possibility that conservatives are finally starting to accept global warming is real and caused by humans, as well as a response to a weak critique of that article.

Need your lawn cut but don’t want to use a polluting lawn mower? Rent a goat. That’s what more and more people and companies are doing these days.

I wrote about plastic bag bans in India a couple months ago. Now, Mexico City has become the latest big city to ban plastic bags. Kudos to MC!

In a couple more weekly summaries for Planetsave, I discussed cool green living and green tech news from around the web and green living, clean tech, and activism news a week later.

I also wrote on the great importance of cutting coal for our 6th Going Green Tip on Planetsave, focusing on the variety of environmental harms burning coal causes and the health costs related to those.

Want to read some clean transportation news? I’ve got a number of stories on that. I wrote on:

And, of course, my “Going Green Tips” series on Planetsave wouldn’t be complete without a full post on green transport (#4 on our list).

Other clean tech news wasn’t neglected either. From stories on

there’s a lot to choose from.

Working in this field, you have to lighten up with some humor once in awhile. The Onion is one of the best places to do so, in my opinion. It had a great piece recently that was both humorous and extremely insightful on the ongoing disaster of oil REACHING port safely. This one was so good, I also wrote about it twice.

I’ve also got a funny, funny video of a (fake) Australian Senator talking about an oil disaster in that region of the world. Seemed like the Onion in video format to me.

Getting back to my roots in city planning, I’ve been writing on this topic (and topics related to it) a lot more recently. Some of the stories I thought linked to city planning (ones other than the transport and bike stories above) were on:

I was proud to announce last month that Planetsave was chosen as the 13th best green blog for students. Always nice to receive some recognition. I also wrote another Important Media weekly roundup somewhere in the midst of all those other articles.

If you haven’t read too many stories on the animals humans have killed off, here’s another one on a cool giant turtle that scientists thought never met humans and now have discover we actually caused to go extinct.

With another oil fire in the Gulf, and plenty more potential oil disasters on the horizon, I had a few posts and coordinated guests posts on the topics of clean and dirty energy recently.

And, on the positive front, turns out that a red fox thought to be extinct is not extinct. Nice, uplifting find by biologists in California!

That’s it for now. Whew!

Hope somebody is decides to read this and enjoys it! 😀