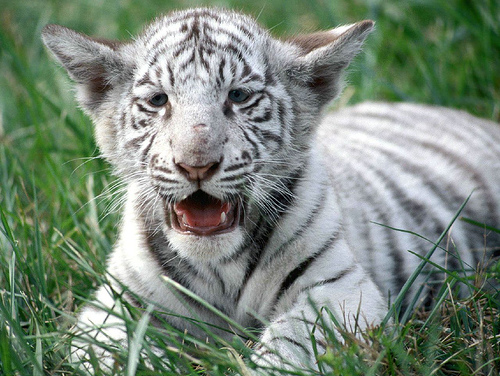 I decided rather than posting the first part of each article I write on here verbatim that I would start doing a one-article summary once a week of the articles I wrote during the week. We’ll see how this goes.

Each individual article is now being published to my Facebook page immediately, though… if you want to see each one as soon as published!

I thought I’d do a little survey on Eat.Drink…Better. to find out what people’s favorite fruits are. Swing on over to there, PLEASE, and vote on your favorite fruit! 😀

I also had a handful of random fun posts about:

Hardly a week goes by when I don’t write about solar energy. This week, the big news was that Stanford scientists have come up with a breakthrough method of producing energy from BOTH the sun’s light and its heat.

On the wind energy front, I summarized a new report out that shows, among other things, that the US still leads the world in wind energy, but China had the most wind energy installed last year (breaking a 4-year US streak). Additionally, 4 US states now get more than 10% of their electricity (generated in their own state) from wind. Much more on that in the article linked above.

China has a sweet-looking “3D Fast Bus” concept that is getting a lot of attention — at least, on the internet. The bus basically straddles the road so that cars and trucks and whatever else can go underneath it.

Another article I wrote on Cleantechnica summarized a report out by the U.S. Conference of Mayors showing that high-speed rail can create billions of dollars in new business and hundreds of thousands of jobs (in just the four cities they studied). I actually wrote a summary of the report previously on Earth & Industry but it was so good I thought it was worth another share.

I know, everyone loves politics! Well, it may not be the most interesting subject for a lot of people but it’s still an important one (especially if you live in a democracy and are a bit responsible for your country’s future).

Some good news on the politics front this week is that Brazil passed some BIG anti-corruption legislation — wish we could get that in the US.

And, a new petition out by the Defenders of Wildlife Action Fund (DWAF) and Change.org is telling US Congress people to donate all of the campaign money they got from Big Oil to Gulf restoration efforts. I encourage you to sign their petition!

I also posted a few videos:

And I posted a great cartoon by Joe Mohr, “If Climate Change were a Dog,” announcing that we would start having his cartoons on Planetsave regularly.

In addition to the summaries from green news articles around the web, I also wrote a summary of articles from around the Important Media network. Stuff on crafting, food, the economy, business practices, green building, politics, the BP oil spill, and more.

And, last but not least, international organization Oceana is launching a major research expedition today to study the long-term effects of the BP oil spill in the Gulf of Mexico. The organization is also hosting a major petition to stop offshore oil drilling and promote a clean energy future. Sign this petition and join millions of others in this noble effort.

That’s it for the week. I will start writing more articles soon, though, so if you want to keep up-to-date with all of them as they’re published, follow me on my professional Facebook page!